You are here: Home

The call of the HJJV to the Hessen Championship on 10.03.2018 was followed by 22 clubs, which proves that more than a quarter of all Hessian clubs are involved in the competition.

In the discipline NeWaza a total of 43 fighters had started, of which 12 in the class U18, also here is still an upward trend to recognize. The majority of the fighters in the Ju-Jutsu Fighting made the youth with 102 starters.

A detailed report, and pictures, can be found on the page of the HJJV (© author & pictures Stefan Lechthaler) >here< 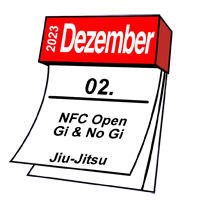